As a first approach I classified the titles on the first verse and grouped a first block. 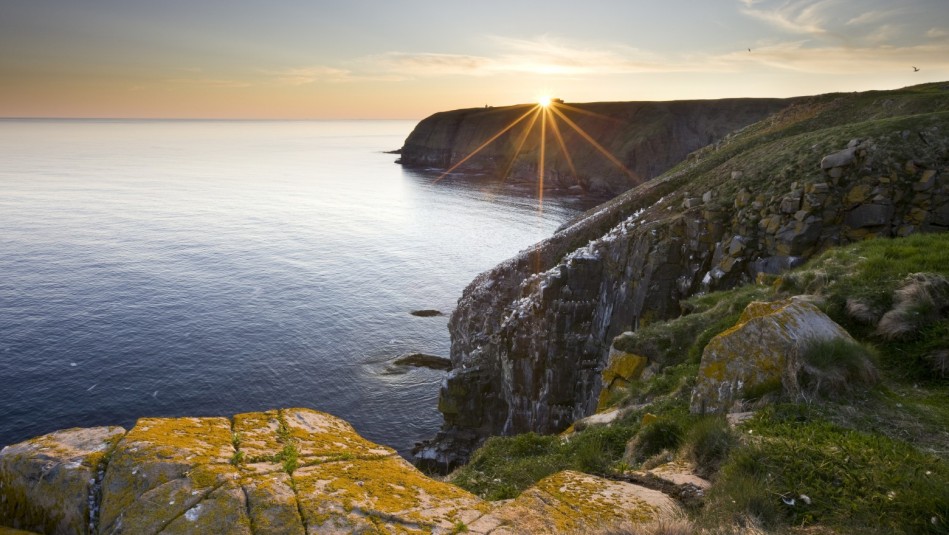 Probably the best known version of “the Banks of Newfoundland”, describing the dangers of winter navigation in the North Atlantic.
The incipit is as a warning song directed to the “bully boys” of Liverpool (or Belfast according to the Irish Rovers version): they are mostly Irish workers of the mid-nineteenth century who let themselves be attracted by the short engagement time on an Atlantic line ship without realizing the hard working conditions (see the Black Ball Line study)
The ballad perhaps began in Ireland as a broadside, but it became popular as forebitter song (or capstan shanty) on the sailing ships carrying emigrants from Britain to America during the 19th century, and was preserved by maritime singers in both Newfoundland and Nova Scotia.

Ewan MacColl & A. L. Lloyd from Blow Boys Blow, 1957
Lloyd notes “In winter, the westward run from Liverpool to New York was a hard trip for packet ships, through heavy ships, contrary winds, sleet and snow. The large crews were kept busy reefing as the gales increased or piling on canvas whenever the wind abated.  The Banks of Newfoundland sets out the picture of a hard Western Ocean crossing before the days of steam.” (from here)

NOTES
1) “Packet ships” used to carry mail from Britain to America.
2) dungaree (dungeon ) jumper, jacket= denim jacket
3) “monkey jacket” because of its resemblance to the short jacket of the trained monkeys, it was a short, close-fitting wool jacket with double-breasted and pewter buttons favored by sailors; we find the term in Melville “no more monkey jackets and tarpaulins for me”. Yet even the toughest woolen jacket was not free to become soaking wet under a storm. For these sailors waterproofed their clothes, shoes and hair with resinous substances
4) the wind that blows from NW pushes in the South-East direction, in the wind rose it is called the Mistral wind
5) the maintenance work of the hull is carried out in the dry dock, where the ship is taken to dryness, but not having a special port basin the ship was pulled to shore at high tide and made to lay on its side
6) the crews of the Atlantic packet ships were for the most part Irish
7)  as Italo Ottonello teaches us “At the signing of the recruitment contract for long journeys, the sailors received an advance equal to three months of pay which, to guarantee compliance with the contract, it was provided in the form of “I will pay”, payable three days after the ship left the port, “as long as said sailor has sailed with that ship.” Everyone invariably ran to look for some complacent sharks who bought their promissory note at a discounted price, usually of forty percent, with much of the amount provided in kind. “The purchasers, boarding agents and various procurers,” the enlisters, “as they were nicknamed,” were induced to ‘seize’ the sailors and bring them on board, drunk or drugged, with little or no clothes beyond what they were wearing, and squandering or stealing all sailor advances.
8) “Fo’c’sle” is a contraction of “fore castle” (fore = foreward), the living quarters inside the hull of a ship.
9) In Dana Rattle down, Rattle up
10) “to beat the band” = very briskly; very fast; or “to beat all” in the sense of “doing your best” but also excelling with other clippers, especially with regard to navigation times (see here)
11) Written incorrectly as “reef and reif”: To “reef” sail is to furl and lash it to the “topsl yard” or any other yard. The crew did this while standing on a single line which they would “mount” and sometimes “pass” another shipmate to do the job.
12)  Mudcat “Mount and Pass meaning to go out on the yard (the rope is called a stirrup hence the “mount”) and pass canvas as its reefed up”
13) “The Hook” is a reference to Sandy Hook in the Long Island sound

Teyn from Far From The Tree 2016 ♪ they follow the traditional text spread in Cornwall, with an instrumental arrangement all of their own. Reported by John Farr’s testimony of Gwithian on the north coast of Cornwall, in Canow Kernow (Cornwall songs full text here)

NOTES
1) or “Ye rambling boys of Erin, ye rambling boys, beware” (see)
2) dungaree jumpers
3) or “For there blows some cold Northwesters”.Virgin Rocks are a series of rocky ridges just below the surface of the ocean on the Grand Banks of Newfoundland
4) Marylebone – an affluent inner-city area of central London, located within the City of Westminster. It is sometimes written as St Marylebone (or, archaically, Mary-le-bone). Marylebone is roughly bounded by Oxford Street to the south, Marylebone Road to the north, Edgware Road to the west and Great Portland Street to the east. A broader definition designates the historic area as Marylebone Village and encompasses neighbouring Regent’s Park, Baker Street and the area immediately north of Marylebone Road, containing Marylebone Station, the original site of the Marylebone Cricket Club at Dorset Square, and the neighbourhood known as Lisson Grove as far as the border with St John’s Wood. The area east of Great Portland Street up to Cleveland Street, known as Fitzrovia since the 1940s, is considered historically to be East Marylebone. (tratto da qui)
5) the Teyn line:
We had Jack Lynch from Ballinahinch
Mike Murphy and some more
And I’ll tell you boys they suffered like hell
On the way to Baltimore
For they’d pawned their gear in Liverpool
And sailed as they did stand
For they’d pawned their gear in Liverpool
Not thinking of Newfoundland
6)  “They pawned their clothes in Liverpool and sold their notes of hand”
7) the Teyn line:
Well we had one female passenger
Bridget Reilly was her name
Unto her I had promised marriage
And on me she had claim
For she tore up all her petticoats
To make mittens for my hands
Saying I can’t see my true love freeze
On the Banks of the Newfoundland,
8)  “Play the Game” it means taking risks, not following the rules; probably refers to poaching, among the reasons for deportation to the penal colonies of Australia

Again thanks to the meticulous work of Hulton Clint (or Ranzo, nicknamed the YouTube chanteyman, from Hartford, Connecticut) that gives us back the sea shanty version as reported by Stan Hugill, an obvious parody of the sea shanty Van Diemen’s Land. In  “Shanties from the Seven Seas” Hugill writes: “Still in the realms of convict ships and transportation, we have next the old forebitter often used as a capstan song, The Banks of Newf’n’land. Its convict connection is the fact that it was really a parody of an older forebitter, itself originally a shore ballad called Van Diemen’s Land, a song often sung in Liverpool and as a forebitter often heard in Liverpool ships. A note attached to the record The Singing Sailor states that “Versions can still be heard in Scotland and Ireland, but it is in Liverpool and Salford (Lancs.) that the song lives most vigorously”. It tells of the sufferings of poachers transported to Van Diemen’s Land.”

Come all me lads and fair young maids

Another melody for the version without refrain that shows the process of transformation through the oral tradition of a text that changes as time passes and situations. Sometimes considered as a song distinct from the previous ones referring to work on fishing vessels.
Pete Shepheard from They Smiled As We Cam In, 2018 ♪
who noted : This is one of my favourite songs and I seem never to have tired of it since I first recorded it from St Andrews fisherman Tom Gordon in 1964. He learned it in turn from a man who had sailed on the whaler fleet out of Leith in the early 1900s. This is the only version I have come across that is modernised into the steam boat era – and incidentally dated in the text to 1906.