From Gweedore, a small town in Donegal which boasts the largest number of musicians per square meter, in the early 70’s three children of the Brennan family (Ciáran, Pól, Máire) and two uncles of the Duggan family (Noel and Padraig) founded the Clannad, an clann as Dobhar, “the original family of Dore”, a musical group linked by blood but also by the same passion for traditional Irish music (and the music of the Pentangle): harp, mandola, flute, guitar and electric bass and above all the voice of Máire (Moya).

The turning point comes in 1982 with Fuaim (pronounced fùum “Sound”) when the group appears in sextet with the addition of the younger sister Eithne (Enya) – in the group from 1979.
An tull ‘(the apple) is a traditional piece in Irish Gaelic arranged by Ciarán Brennan & Pól Brennan

The song that climbs the charts bringing the group to the forefront is however “Theme from Harry’s Game” from the BBC television: it is the music that will distinguish them in the years to come, evocative sound carpets, solemn and majestic choirs, something of mystical in that fairy and magical Gaelic. 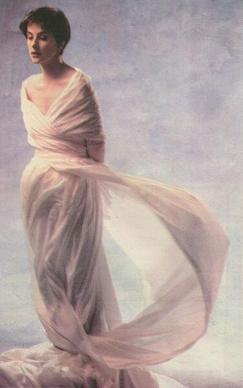 “Enya” was Enya’s debut album in 1987 and was reprinted in 1992 with the title “The Celts” when the singer was now known internationally (an extraordinary success achieved without having practically ever done a live concert). Originally the musical project was born as a soundtrack to the BBC documentary on the Celts (broadcast in 1986) electronic music in post-production, composed in front of a synthesizer to which are added multiple overlaps and the “ethereal” effects that are the style of Enya.
That supernatural aura is a product of the most modern musical technology and the collaboration of three minds: Enya who composes the music (filtering his background of classical studies and traditional Irish music), plays (superbly) the keyboard and sings; Nicky Ryan, the producer and arranger (who had the genius to apply the technique of multivocals, the choirs with the overdub, to the voice of Enya) and Rome Shane Ryan who writes the lyrics in different languages ​​(English, Gaelic, Spanish, Latin and languages tolkeniane).
Not least important are the videos punctually produced for the launch of the albums, which to a good extent satisfy the need for artistic visibility for the audience of a musician who does not like performing live.

Between a flight of doves, the crown of sovereignty (the Celtic inheritance) is placed in a silver casket from two white-dressed girls, in a fade of light emerges a lady (Enya) riding a white steed and wearing on the long robes of medieval style with a red cloak edged and gold embroidery.
While the tolling of the bell rung by the Christian monks marks the beginning of the melody, the dame goes beyond the hall of the turreted castle (in whose courtyard the bell is found) and gallops past the long wooden bridge that joins the islet to the mainland.
On the fade it appares the image of the two girls wrapped in a supernatural light, they await the arrival of a knight, who kneels before them.
The scene takes place within the walls of a ruined castle, decked with red drapes and swept by the wind, in one corner a sword stuck in the rock (a tribute to the Arthurian myth); after delivering the treasure chest, the two ladies head towards a Magical Portal decorated along the edges with embossed friezes, beyond which opens the vision of the World of men: we understand that girls are two fairy creatures in the Other World gazing the world of men.
The face in the foreground of Enya connects the continuation of the story, even the knight is now in the real world (and the colors are more vivid) and is in search of the lady.
The lady, after having gone into the woods, reaches a gorge where she meets a sylvan creature, the guardian spirit of the place. Here Enya begins to sing and we see her following the guardian spirit on foot, who reveals a cave suffused with an unearthly light in which an old king with a white beard (king Arthur) is sleeping on a golden throne. The king holds in his hands a stick surmounted by an emblem depicting a rooster with a dragon’s tail (still a reference to the Celtic heritage): the fairy teases him with a feather and the king wakes up from sleep and beats the his stick on the ground; a crepuscular light darts among the leaves of a majestic oak in a swirl of leaves, the image of one of the two girls next to the sword in the rock that rises awakened by the thunder appears in fading: in the sky shrouded in clouds a lightning and as soon as the fog clears we see a floating boat carrying the lady (the tribute here goes to the lady of Shalott and to the painting by John William Waterhouse).
Here, finally, even the knight reaches the river and the shore on which the boat has landed and kneeling when the lady opens the fairy chest from which a very white light is released that dissolves everything.

“Of this Land” in the “Landmarks” 1997 album (John McSherry, Ian Parker, Anto Drennan, Deirdre Brenna), summarizes the misty and melancholy atmospheres that characterized the Celtic music of those years, the instruments are traditional, but the keyboards and the synthesizers introduced at the time by Enya, who has now embarked on a dazzling solo career, are the characteristic sound carpet of the Clannad and their mysticism: in the Nineties the group returns to the celtic spirituality that had distinguished them before the pop drift, and recorded four “artistic maturity” albums: Anam, Banba, Lore and Landmarks.

In 1995 Pól Brennan left the group for a solo career and Moya devoted herself to her solo musical projects starting from 1992 with the album Máire.
Formally the Clannad never broke up even though they took a good record break after the release of Landmarks, the last studio album is 2013 Nádúr (Nature)

With “Perfect time” 1998 and the following year’s album “Whisper to the Wild Water” Máire -Moya- Brennan explores her Christian roots, love for Jesus, – taken as a symbol of universal brotherhood – a Christian evangelism that derives her from the Gaelic spirit of the ancestors. 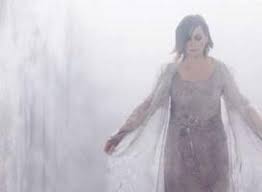 Moya retraced the fictional story of the disappearance of Tara’s harp, the legendary palace of the Kings of Ireland, reconstructing a mosaic of stories and legends set in Ireland of the past, present and future.
In the project concluded in 2003 she finally managed to express herself musically also through the sound of the harp, an instrument that she had learned to play as a child and that with Clannad had set aside to concentrate only on singing.
In the opening song of the CD “Two Horizons” entitled “Show me”, Moya meets Turlough O’Carolan, the long-haired and blind bard who knows the purpose of his mission and becomes his guide, this timeless character is waiting for the small harp of Tara to be found. The search for Tara’s harp, a symbol of peace and hope, continues in Ireland, Africa and America.