Bidh clann Ulaidh (in English “The Clan of Ulster”) is a lullaby from the Hebrides, where the mother sleeps the baby (I imagine the baby is a female), telling her about the great wedding her family will organize when she arrives in the marriageable age. She mention the names of important Clans and also of the illustrious Irish relatives who will go to the wedding to celebrate the couple and honor the family .
Weddings between upper class families were famous events that people talked about and remembered for years, on which they wrote songs (here), in which the clan chiefs displayed their liberality and magnificence. Marriages allowed for alliances (though not always lasting) between clans and were contracts that involved the exchange of livestock, money and property, called tochers for the bride and dowry for the groom.

The melody is something magical, there is a version that outclasses – in my opinion – all the others, that of the virtuoso (as well as Scottish) Tony McManus, the “Celtic fingerstyle guitar legend”

(I suppose the melody brings something to your mind … who has not seen King Arthur’s film?)
and if we add the violin too?
Alasdair Fraser & Tony McManus

and now we add the song..

NOTES
1) the word “clan” derives from the Scottish Gaelic “clann” = “child” to underline the strong bond of blood between the chief and the families (descendants). The clans are territorial extensions controlled by the chief who lives in an ancient castle or fortified house. Not all members of the clan are also descendants of blood, because they could also have “affiliated” to the clan in exchange for protection. At Hogmany or at the time of the election of the new chief all the respective heads of the family swore loyalty to the clan leader. The leader is a Laird, a clan leader and a legal representative of the community
2 ) in Ireland the Ard Ri, the king of kings comes from the North, from the Ulaidh, the land of the warriors and the Clan of the O’Neils always remained a prestigious clan even after the English conquest.
3) Clan MacAulay is a Scottish clan of Argyll, among the oldest in Scotland that boasted its descendants from the king of the Picts: they are located on the border between Lowland and Highland
4) the Clan Donald is one of the most numerous Scottish clans and divided into numerous subdivisions. The Lord of the Islands is traditionally a MacDonald (Hebrides)
5) also written “tha cha neonach” = “it’s no wonder”
6 )Clan MacKenzie is a Highlands clan whose coat of arms reproduces a mountain in flame and the motto says “Luceo non uro”
7) also translated as “bright clothing” 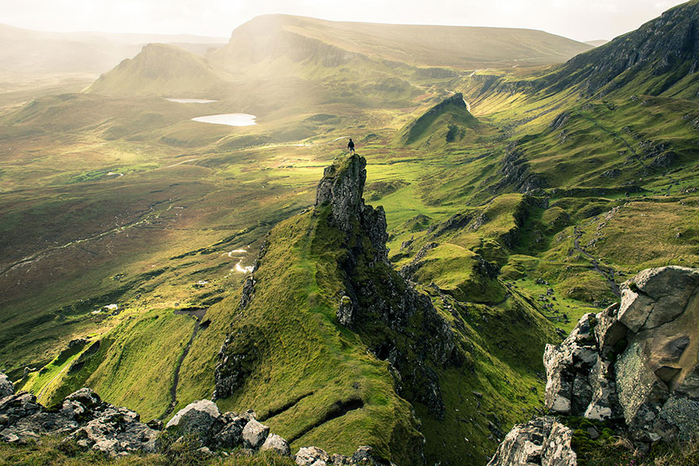 The song titled “The song of Exile” is sung by Vanora (wife of Bors) to the men of Arthur – of the people of the Sàrmati, (but in reality it is addressed to the child in his arms and therefore it is to him, but also to the warrior-husband, who sings a lullaby -anna) in the imminence of the departure for a “suicide” mission; men want to return home, they have the safe conduct that frees them from servitude in Rome, but choose to stay alongside their commander, the Roman-Briton Artorius (the plot here).

This is how Caitlin Matthews writes“I am the arranger/translator of “Song of the Exile” which appeared in the film and wasn’t recorded on the CD. Disney won’t allow me to sing or record it as they now own the copyright”

These are the words sung in the film:

A whispered lullaby, sweet-sad together, short but with an intense emotional charge, not included in the soundtrack CD “King Artur.” As an author there are those who thought to credit (wrongly) Hans Zimmer who actually signed the soundtrack of the film and we have seen a lot of complaints from the fans for the exclusion of the song. Hans Zimmer (here) writes “Song of the Exile” is composed and performed by Caitlin Matthews” (see more)

So there’s a song (Bidh clann Ulaidh?) in Scottish Gaelic at the beginning, arranged / translated by Caitlin Matthews and an avalanche of super-charged versions have come out (and keep going out) on YouTube!