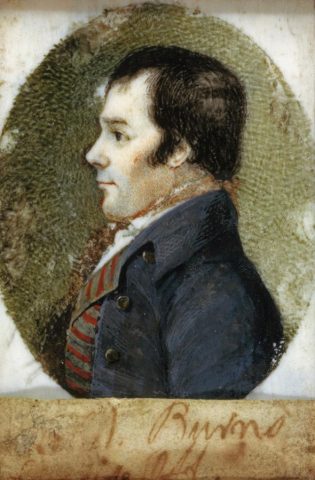 NOTES
Enghish translation *
1) in the ballads the rose is not only “a rose” but it is the symbol of love, symbolizes here the loss of virginity, the thorns are also a memento to the dangers of a sexuality outside of marriage
2) kail-yard is the garden in front of the door of the cottage, it has become synonymous with a group of storytellers of the end of the 19th century who often described Scottish rural life, often using dialectal forms.
3) Athole: Atholl is located in the heart of the Scottish Highlands and derives its name from the Gaelic “ath Fodla” or New Ireland following the invasions in the island of the Irish tribes in the seventh century, Athole is the old name for the area of Perthshire
4) “Carlisle Castle is situated in Carlisle, in the English county of Cumbria, near the ruins of Hadrian’s Wall. Given the proximity of Carlisle to the border between England and Scotland, it has been the centre of many wars and invasions. The most important battles for the city of Carlisle and its castle were during the Jacobite rising of 1745 against George II of Great Britain” (da Wiki)
5) Sandy is short for Alexander
6) to ding= overcome; wear out, weary; to beat, excel, get the better of.
7) penny fee= wages 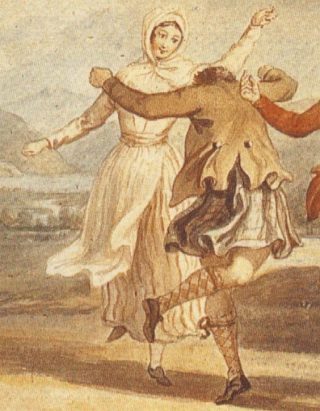 8) in the eighteenth century there were no stretch fabrics so as to support the socks to the calves of the man (and the thighs of women) were used garters or ribbons turned several times around the leg and knotted (among which we must hide a small dagger) , even those who wore pants (adhering a bit like a tights) used to tie ribbons under the knee

Lady Nairne’s version is often dismissed by critics as an imitation of Burns’ version and unfortunately many were prejudices against her literary production ..

NOTE
1) the white cockade of the Jacobites