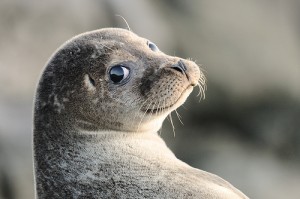 Selkie / silkie / Selchie are the dialectal terms with which in Scotland and Ireland the shapeshifting creatures of sea are called; derive from selich, the Scottish archaic word for  gray seal of the oceans and the Atlantic seas: they are guardians of the sea, seal in the sea and man on earth.

ALL ABOUT SELKIE see here

The power of shapeshifters seems to be contained in their mantle (seal skin), selkies can no longer transform themselves without it and are forced to remain human. This condition is understood in a negative way, a sign of a lack or deprivation, as if the skins of Selkie there were also their soul.
Some researchers wanted to see the origin of the legend in the Finfolk, ( probably the Sami people) Scandinavian men who arrived on the islands and on the coast of Scotland aboard their leather kayaks, while gradually they were advancing at sea their canoe had absorbed water and  sank until only part of their trunk it could be seen. 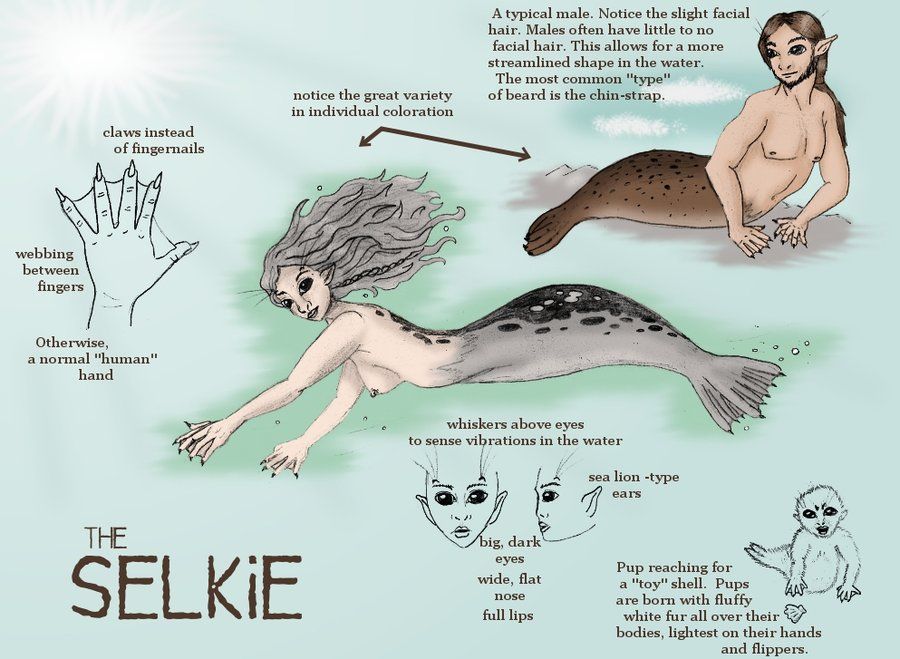 Both male and female, they are described in their human form as beautiful creatures (long hair and big dark eyes, agile limbs), docile but at the same time endowed with seductive power. The legend says that to reproduce a selkie-male must be in human form and transmit his power to descendants: when his child is weaned on dry land, the selkie will return from the sea. Once when the infant mortality rate was very high, only children over the age of seventh could be considered out of danger and it was at the end of the seventh year that the selkie returned to take his child.
Selkie males were invoked by girls in search of lovers, pouring seven tears in the tide, while sailors were attracted to the female selkie who tried to take as their brides.

THE GREAT SELKIE OF SULE SKERRY

The best known of the Orkney ballads, also known as The Gray Silkie of Sule Skerry, it tells of a selkie living on the rocky cliff of Sule. Skerry derives from the Norse “sker” which means rock in the sea .
The ballad was also collected by professor Child ( # 113). 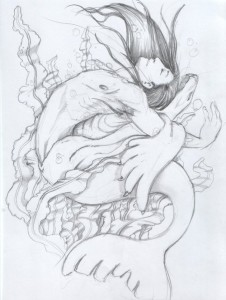 A young girl has a child from an unknown man who turns out to be a selkie: man on earth, seal at sea whose dwelling is the rocks of Sule. After seven years the sea creature returns to claim his son, giving him a chain of gold, and the mother lets him go.
She after some time gets married with a hunter who trades with animal skins. One day he returns home with the skins of two seals he had killed to give them to his wife: one was of an old gray seal, the other of a young seal with a golden chain around his neck! She dies, overwhelmed by the pain of this vision: her heart breaks or she chooses to follow selkie and son throwing herself into the sea to prevent the prophecy from coming true.

The enchantment of the story lies in particular in the narrative choice: the story is often described as in a nocturnal dream in which a man who claims to be silkie and father of the child, appears almost magically and, next to the cradle of the newborn as in fairy godmothers of fairy tales, he traces child’s destiny.

A first melody, which was shot in the folk revival of the 70s, it was written by the American James Waters in 1954 (popularized by Joan Baez); another melody is instead traditional and it was collected in 1938 by Otto Anderson from the voice of John Sinclair of the island of Flotta and transcribed in notation.

A funeral lament in a lullaby form.

Very intense version of Steeleye Span from Cogs, Wheels and Lovers, 2009, Maddy Prior and Peter Knight