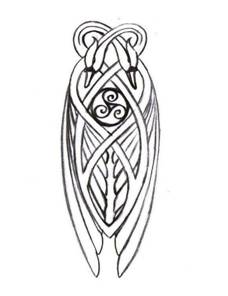 The swan is one of the most represented animals in the Celtic culture, portrayed on different objects and protagonist of numerous mythological tales. An ancient song in Irish Gaelic just speaks of a girl-swan and echoes fairy tales and beliefs about this mythical creature-

Attributed sometimes to Seán Bán Mac Grianna (1095-1979, brother of the writers Seosamh Mac Grianna and Séamas Ó Grianna see) the song is instead dated back to 1700 having been translated into English by Samuel Ferguson (1810-1886) in his “Poems by Samuel Ferguson ” recorded as an eighteenth century irish song by the anonymous ” The fair-haired girl ”

In fairy tales, as for the selkie, the swan-maden is a shape-shifter that becomes a docile wife of the man who hides her feathered mantle; the man, often a hunter, who spies a group of girls to the river, steals one of the cloaks left on the shore and marries the woman. In the fairy tale there is a significant gesture made by man: while the girl begs him to give her back the magic cloak to be able to fly away with his sisters, he covers her with his mantle: it is an act of possession, the passage under the protection and control of the mantle owner, a gesture becomed ritual in medieval marriage.

The mantle is never destroyed, but only hidden and when the swan-maiden finds it (usually after many years and after having generated a child) does not hesitate to resume the form of a bird to fly away, abandoning her husband and children.(see more)

In the song the protagonist looks at her as she flies away among the other swans: the man is hopelessly in love with the fairy woman, but she, who lives between the earth and the sky, can not live under the dominion of man.
“No matter how compliant a swan maiden may appear as a wife, there remains an unspoken anxiety and tension beneath the surface of her marriage. Her husband can never be certain of her affection, for it has been held hostage by her stolen skin. He offers her his cloak, but it is an exchange of unequal goods. Her feathered robe is the sign of her wild nature, of her freedom, and of her power, while his cloak becomes the instrument of her domestication, of her submission in human society. He steals her identity, the very thing that attracted him, and then turns her into his most precious prize, a pale version of the original creature of magic.” Midori Snyder (from here)

This psychological analysis of myth does not however capture the charm of poetry, steeped in pain for the loss of the beloved woman and for regret.