After the ruinous battle of Culloden (1746) Charles Stuart, then twenty-six, escaped and remained hidden for several months, protected by his faithful.
Flora MacDonald (1722 – 1790), was 24 when he met the Bonnie Prince and helped him to leave the Hebrides; we see them depicted into a boat at the mercy of the waves, she wraps in her shawl and looks at the horizon as the sun sets, he rows with enthusiasm.
(here’s how it actually went: Il Principe e la Ballerina)

THE CROSSING AT SEA: THE ESCAPE OF CHARLES STUART

The “romantic” escape is remembered in “Skye boat song” written by Sir Harold Boulton in 1884 on a scottish traditional melody which is said to have been arranged by Anne Campbell MacLeod; a decade ago Anne was on a trip to the Isle of Skye and heard some sailors singing “Cuchag nan Craobh” (in English “The Cuckoo in the Grove”). “The Cuckoo in the Grove” was printed in 1907 in Minstrelsy of the Scottish Highlands, by Alfred Moffat, with a text attributed to William Ross (1762 – 1790). The melody is therefore at least dating back to the time of the story.

IORRAM
The song (in “Songs of the North” by Sir Harold Boulton and Anne Campbell MacLeod, London  1884)  is a “iorram”, not really a sea shanty: his function is giving rhythm to the rowers but at the same time it was also a funeral lament. The time is 3/4 or 6/8: the first beat is very accentuated and corresponds to the phase in which the oar is lifted and brought forward, 2 and 3 are the backward stroke. Some of these tunes are still played in the Hebrides as a waltz.

The song was a success: from the very beginning rumors circulated that they passed the text as a translation of an ancient Gaelic song and soon became a classic piece of Celtic music and in particular of traditional Scottish music (revisited from beat to smooth, jazz, pop, country, rock, dance), countless instrumental versions (from one instrument – harp, bagpipe, guitar, flute – or two up to the orchestra) with classical arrangements, traditional, new age, also for military and choral bands. 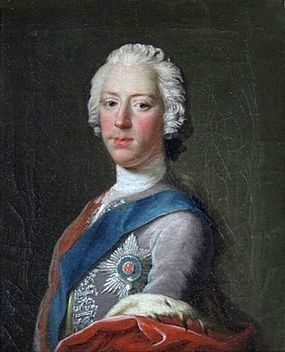 1) Who was the “Young Pretender”? Probably just a dandy with the Italian accent and the passion of the brandy, but how much was the charm that exercised on the Scottish Highlands! (see more)
2) Skye isle in theInner Hebrides, but it sounds like “sky” and therefore a metaphor, Charlie is a hero in the firmament
3)  “rocked” as in many sea songs and sea shanties it stand for “cradled by the sea”
4) in 1884 Charles Stuart was dust, but romantic literature maintained live the Jacobite spirit and songs still burned in hearts

In 1896 Robert Louis Stevenson wrote “Over the sea to Skye” (aka Sing Me a Song of a Lad That Is Gone) a new version of Sir Harold Boulton’s Skye Boat song, because he wasn’t satisfied with what it was written by an English baronet.
Charles Edward wasn’t a Bonny Prince any more but an old, sickness man, even if in his “golden” exile between Rome and Florence. Vittorio Alfieri describes him as tyrannic and always drunk husband (but he was in love with Louise of Stolberg-Gedern -Charles Edward’s fair-haired wife). The Prince, embittered and addicted to alcohol, died in Rome on 31 January 1788 (also abandoned by his wife four years ago).

I am stretched on your grave

"I am stretched on your grave" is an unusual song in the panorama of traditional music from the C ...