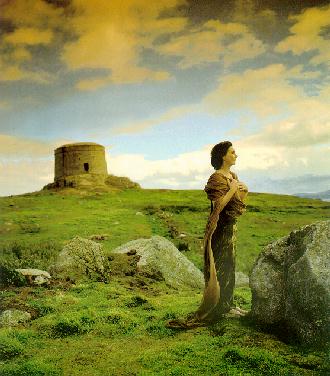 “Farewell My Love and Remebre Me” also with the title “Our Ship Is Ready”, “The Ship Is Ready To Sail Away” or “My Heart is True”, but also “Emigrant Farewell” is the transposition in the Irish folk song of a broadside ballad entitled “Remember Me”, published in Dublin c.1867 (in the “Bodleian Library Broadside Ballads”).

The theme is that of the emigrant’s farewell  who is forced to separate from his true love; he leaves his heart in Ireland so his woman and his country become one in the memory.

In “Ulster Ballad Singer (1968)” Sarah Makem is noted: “Sarah’s melody is used quite often for songs of farewell in much the same way as the air “The Pretty Lasses of Loughrea” was used allover the country for lamentations or execution songs, (see Joyce’s Old Irish Folk Music and Song, pp 219-211). The two best-known printed versions of Sarah’s air are “Fare you well, sweet Cootehill Town” (Joyce, O.I.F.M.S., p 192) and “The Parting Glass” (Irish Street Ballads. p 69). But until such time as a system of notation is invented to record the true intervals of a folksinger’s interpretation, Sarah Makem’s version of this air must remain for study on disc or tape.”

Pauline Scanlon in Hush 2006 (I, III)
La Lugh in Senex Puer 1999 (on Spotify): sad and gloomy tune on the piano with a few hints to the cello