Under the heading Codefish shanty we have two versions, one of Cape Cod and the other of South Australia: the titles are “Cape Cod girls” and “Rolling King” or “Bound for South Australia” (or simply “South Australia”).
Which of the two versions was born before is not certain, we can only detect a great variety of texts and also the combination with different melodies.

At the beginning probably a “going-away song”, one of those songs that the sailors sang only for special occasions ie when they were on the route of the return journey. 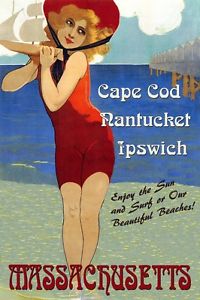 The most demented version and therefore by “pirate song” that goes for the most in the Renaissance Fairs is that which comes from the peninsula of Cape Cod (State of Massachusetts).

Cape Cod was the first landing of the Mayflower – the first ship that carried the English “pilgrims” on the land overseas, the “New England”.
The activity was based on fishing for fish (especially cod) and whaling.

The climate is mild thanks to the Atlantic currents: there it is summer (warm-cool) or winter (cold-mild) and summer lasts until early December, it is the so-called Indian Summer, always due in the presence of the Atlantic Ocean, which slowly spreads the heat forfeited during the summer.

Baby Gramps in “Rogue’s Gallery: Pirate Ballads, Sea Songs, and Chanteys“, ANTI- 2006. The particular voice as Popeye is  a vocal style: “The style is called “vocal fry”.  It has been variously employed for effect by heavy metal artists among others.  The techniques used to achieve it are akin to those used by Central Asian throat-singers and Tibetan monks, though of a lesser order.  Its appropriateness for the singing of pirate songs will be a subject for lively debate” (Tipi Dan)

Gaelic Storm from The Boathouse, 2013

Other lines variously combined in which the cod are mentioned in all the sauces !!

NOTES
1) the port par excellence of Cape Cod and of the fishermen of Massachusetts is the port of Provincetown
2) think about the sirens who are notoriously on the beach or a rock to comb their long hair while singing
3) the ships at the time of sailing followed the oceanic routes, that is those of winds and currents: so to go to Australia starting from America it was necessary to dub Africa, but what a trip!!