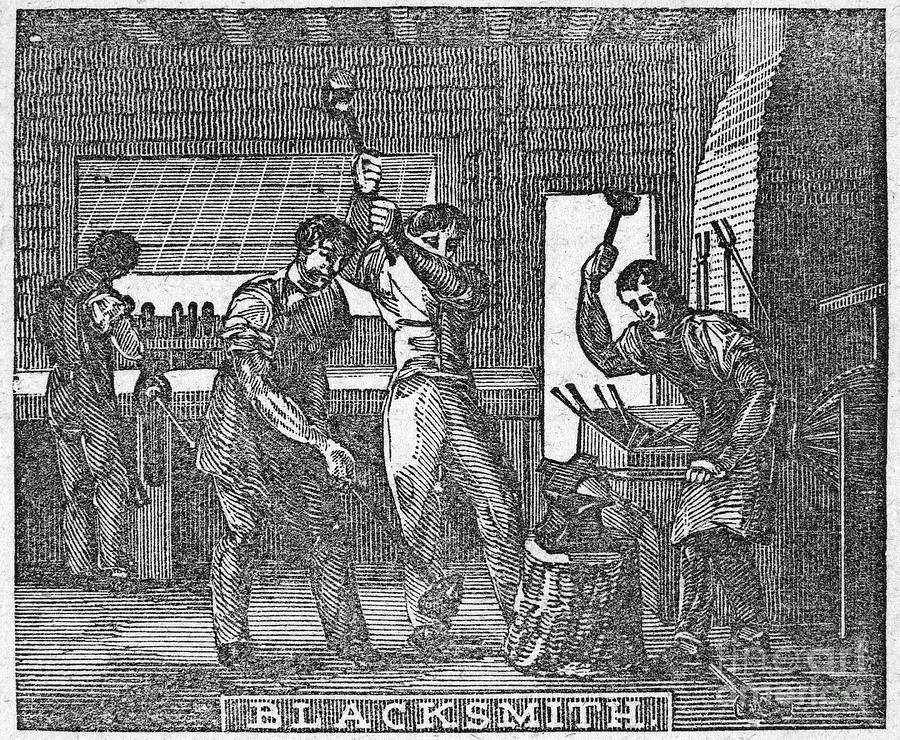 In folk songs the blacksmith is always considered a synonym of virility, a very gifted lover with a portentose force.
“A blacksmith courted me” also simply titled “The Blacksmith”, comes from the English folk tradition and is reported in many collections of the early twentieth century; a piece that is not properly found in Irish tradition but has been interpreted by various Celtic artists. It was Ralph Vaughan Williams who picked it up in the field in 1909 from Mrs. Ellen Powell of Westhope near Weobley, Herefordshire.

The Anvil Priest is a figure particularly widespread in Scotland, he declare the couple husband and wife with a hammer blow on the anvil !
http://ontanomagico.altervista.org/matrimonio-celtico-storia.html

The blacksmith leaves his love in the village (to seek his fortune abroad), writes a love letter (but false) and returns married to another.

Planxty live 1979:  version and arrangement become “standard”, the instrumental part written by Andy Irvine has then further evolved into a jig that has taken on life in dance sessions.

Lisa Knapp from “Wild and Undaunted” 2007

FOODNOTES
1) in the letter was to be included a photograph of him at work
2) obviously these are curses
3) the blacksmith continues to deny the evidence!

The song is also played in instrumental version as a jig probably developing the version of Planxty.
“Merry Blacksmith”  is instead  a reel

This love will carry by Dougie MacLean